Russian Interference and the Marshall Plan

Russian Interference and the Marshall Plan

Russian Disinformation is Not New, Say Diplomats Who Implemented the Marshall Plan 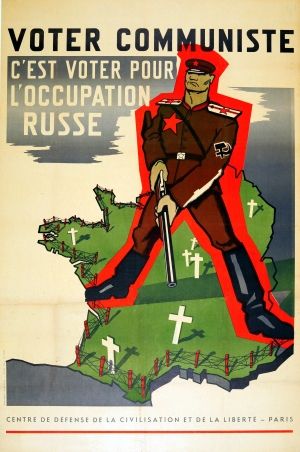 The obstacles the United States faced in implementing the Marshall Plan in the late 1940s and early 1950s included a vigorous propaganda contest with the USSR and their European communist allies. By the time Secretary of State George Marshall announced the plan at Harvard University on June 5, 1947, the United States was already implementing an ambitious foreign aid program — and working to counter Russian influence. Thomas W. Wilson, an Information Officer in Paris, and U.S. Ambassador William H. Taft III both recall early issues with Marshall Fund implementation. Each was interviewed by Charles Stuart Kennedy. Jacob J. Kaplan Head of Economic Research for the Southern Region of Europe was interviewed by W. Haven North.

Check out other articles related to the Marshall Plan and Russia and full interviews with Thomas W. Wilson, Jacob J. Kaplan, and William H. Taft III.

“The Communists had a monopoly on the walls of Paris. So this was a real fight. So we did everything. We put the story in every media. We ran traveling exhibits in trucks and in trains and on barges down the canals of Europe.”

WILSON: Well the Marshall Plan information program in Europe, I believe, probably
engaged in the most open, active, large scale propaganda warfare that we’ve ever had . . .

The first ships arrived in Europe in Le Havre with Marshall Plan goods. The dock workers refused to unload them. They had to be unloaded by the French Army. The mine workers not only went on strike but they flooded the coal mines in France and Belgium. Some of the European governments . . . had Communists in them as part of their coalition cabinets. This being a quite understandable reward for having conducted active anti-fascist, anti-German activity during the occupation. The only people who really fought were the Communists in some of those countries, and they were sometimes taken into those cabinets and had people in the governments. While they weren’t at the top . . . I’m thinking of France in the early days . . . It turns out there’s a Communist in control of paper allocations, and you can believe me the Communist press gets plenty of paper, while the anti-communist press doesn’t. The same sort of thing could be said about film stocks and that sort of thing. What’s more they had money. They could afford publishing when some other people couldn’t. If you’ve ever walked down a street where the walls only on one side are covered with posters, and they are all the same posters and they are all the same source, they carry a sense of power.

The Communists had a monopoly on the walls of Paris. So this was a real fight. So we did everything. We put the story in every media. We ran traveling exhibits in trucks and in trains and on barges down the canals of Europe. We had access to the non communist press completely. We could get our stuff in the British newsreels but the newsreels ran, I can’t think of the neighborhood of Paris, it was almost completely communist. It didn’t run in those theaters because if it did they’d get bricks through the screen. I remember every now and then getting a call from a French mayor from sometown saying the local communists tried to bust up your exhibit this afternoon. We’ve got them arrested. Do you want to charge them? We never did; that’s not the point. I remember we published a paper for French unionists. It used to get thrown off the train sometimes as the train went over the river somewhere. So it was a good fight.

“Secretary Marshall came back from a very unhappy meeting with Stalin where he became convinced that Stalin had absolutely no interest in helping restore economic health in Western Europe.” 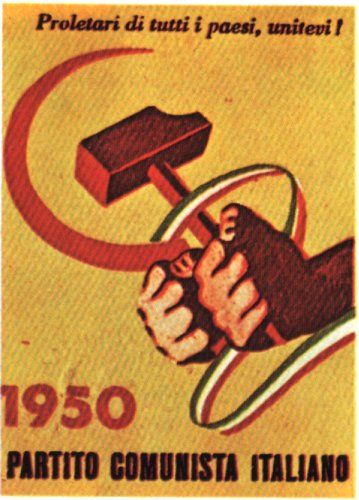 Kaplan: By 1947 the European economic crisis was becoming dire. Van Cleveland, then in charge of Europe in the Department’s economic area, asked me to help put together an interim aid program for Italy. I did that . . .

People forget that we spent about fifteen billion dollars on foreign aid before the Marshall Plan, various kinds, in various parts of the world. Most of it was for relief and rehabilitation. The European economy was nevertheless in pretty sad shape. By 1947, people in the State Department were concerned about what could be done to rebuild the European economy. Secretary Marshall came back from a very unhappy meeting with Stalin where he became convinced that Stalin had absolutely no interest in helping restore economic health in Western Europe. He felt that we needed to do something. That led to Marshall’s speech and to the European Recovery Program. We were concerned about high unemployment, extreme poverty, and how to restart an economy that had been shattered by 20 odd years of fascism as well as the war. There had been practically no private investment in Italy during those 20 years; it was almost all government financed. Some of us were very concerned that initiative in the private sector had thus been deadened. While at Yale, I wrote a pamphlet about the Italian recovery program, explaining this, but I was wrong. The entrepreneurial spirit picked up in Italy very, very fast. In fact, the economy started to boom a couple of years after Marshall Plan help began to arrive.

Basically, the Marshall Plan sought to fill the dollar gap in each country’s balance of payments. We were all using balance of payments projections realizing that they can always be questioned and argued about. The Europeans did argue among themselves. Obviously each country wanted to get as much aid as possible. When they were faced with the need to cut back the total, they had to agree about the cuts that would be made.

“The Marshall Plan was . . . deceptive for many Americans . . . When we went over there the continent was a mess, and we fixed it in a few years. It didn’t really occur to us [that] all we really did was provide the one thing that was missing . . . dollars.”

TAFT: I think the Marshall Plan was actually kind of deceptive for many Americans. Because when we went over there the continent was a mess, and we fixed it in a fewyears. It didn’t really occur to us we didn’t do it. All we really did was provide the one thing that was missing from their point of view. The industrial revolution had started there. They knew how to build factories and bridges, things like that. They had just been bombed out, and they needed steel etc. etc. which you could only get from one place in the world, and it took dollars to buy it. We provided them with the dollars, that’s all. That they didn’t have and couldn’t get anywhere else. They made the recovery plans. We provided them with the money to buy the stuff they needed, and so it worked perfectly. But it gave some of us I’m afraid, the notion that we know how to fix a country if they’re in trouble. I think a good deal of our foreign aid program probably was driven by that myth. That’s not quite the same thing as going to a country that has no experience and in some cases effectively no government that knows how to work. I think we had that illusion that we knew how to do things and in Asia, Africa, Latin America, the same thing doesn’t apply. But I think we also failed to understand the significance of forcing them to decide what it was they wanted and what they needed…

“The ultimate argument was that they were an agricultural country which could assist starving Europe.”

TAFT: … We only had a Chief of Mission and two, three, then later, four officers. I was the general assistant to Joseph Carrigan, an agricultural expert, who had been Dean of Agriculture at the University of Vermont, a very appropriate assignment in Ireland. I was among other things the Information Officer and generally explained our program. The people in Ireland, I think, ought to have known about the Marshall Plan further. I went around the country and told them what the activities and interests were and also the problems. I did go to Paris a lot, Mr. Harriman was in charge there. But the Irish program was a small one, and in fact, I have always wondered, except for the political process, why the Irish deserved even a small program? After all, they had been neutral during the War. The ultimate argument was that they were an agricultural country which could assist starving Europe. But during the War, they lacked fertilizers, they simply could not get enough to retain their past abilities to grow food; they needed money to buy lots of fertilizers after the War. Also, the Marshall Plan in Ireland was political; there is no harm in saying that the Irish seemed to have conceived over all the years that they have a closer connection with the United States than almost
any other country. Like the Israelis and unlike other countries, up till lately anyway, they have spent their time as a diplomatic unit, I think, more on Capitol Hill than they have in an orthodox way in their connections with the State Department, which is supposed to be the avenue of diplomacy.