“Not Treated as Beyond the Pale:” Cold War Nuclear Options to Respond to a Soviet Bloc Invasion

“Not Treated as Beyond the Pale:” Cold War Nuclear Options to Respond to a Soviet Bloc Invasion 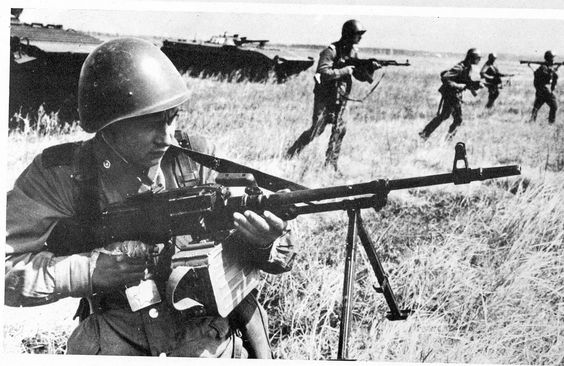 The mid-nineteen seventies are often considered a time of détente (the easing of tensions) between the United States and the Soviet Union. Arms control treaties and agreements were signed limiting the kinds of weapons of mass destruction that could be used in war. For the first time in many years, the possibility of global nuclear war between the superpowers appeared to recede. For NATO’s strategic planners, however, the threat was still very real.

The Supreme Headquarters Allied Powers Europe, or SHAPE, was deeply concerned with the military strength of the Warsaw Pact and believed that an invasion of Western Europe by the Eastern Bloc was still possible. As a result, SHAPE prepared plans and exercises for possible military action. Most worryingly, according to many projections, the Warsaw Pact outnumbered NATO in men and material. Because of this possibility, many of these plans involved Western use of tactical nuclear weapons to make up for the disparity in relative resources and numbers.

Rand Beers served as a Deputy Political Advisor at SHAPE from 1973-1975. He was later employed at the NSC as Director for Counter-terrorism and Counter-narcotics and Senior Director for Intelligence Programs.

Rand Beer’s interview was conducted by Charles Stuart Kennedy on May 12, 2003.

“Very Much a Real Threat.”

The Threat of Invasion:

Q: How was the Soviet threat seen at that time?

BEERS: Very much a real threat. I mean these are individuals whose job it is to focus exclusively on the possibility that the Soviet Union and its Warsaw Pact allies might attack Western Europe. It was treated with the utmost seriousness. Did people believe that the Russians, that the Soviets and the Warsaw Pact was actually going to attack? I think that probably depended upon the individual officer, but people didn’t talk in those terms. It was treated very seriously. This was their profession and this was what they were focused on. You would have an intelligence briefing every day and all of the military movements were discussed on the part of the Warsaw Pact. They were all seen as possible evolutions that might have been related to the counterplanning that would have been done by the Warsaw Pact to the planning that was done by NATO. The assumption was always that the Warsaw Pact would attack. The assumption was always that the overwhelming conventional force balance that the Warsaw Pact enjoyed would lead to a retreat from the front by NATO forces and, without necessarily admitting to themselves, NATO’s first use of nuclear weapons.

Q: I would think that just by its nature that there’s no way you couldn’t use nuclear weapons.

How and When to Use Nuclear Weapons:

Q: Well, in planning if you know you’re facing an overwhelming force, you have to have very optimistic plans about how you would beat back this force or something like that. Either that or you’d say okay, we’re going to fall back to the Rhine and then nuke the hell out of them and they’ll nuke us.

BEERS: Well, I haven’t talked about strategic exchange and that was always the end point of the exercise. In other words, the conventional war would begin, NATO would be attacked. The Warsaw Pact would advance. Tactical nuclear weapons would be used. That’s why I was talking about how long do you wait before you begin to use tactical nuclear weapons because the longer you wait the more likely you are tactically to be using them on NATO territory as opposed to Warsaw Pact territory. I mean you obviously would want to think about preventing second and third echelon forces form the Warsaw Pact getting to the front and you could go after them in marshaling yards in the east. If you were also being driven back by the first echelon forces, what do you do to stop the first echelon force? Then at the end of the exercise you would get to the point where to stop the war the United States would threaten strategic nuclear exchange. You sort of end it. I mean my memory is a little hazy. I may not be entirely accurate, but that’s sort of the way the exercises went.

Q: Were these things looked upon as “oh my God!” I mean were people talking rationally about them?

BEERS: They (tactical nuclear weapons) were not treated as beyond the pale. It was very much these are weapons that are part of warfare. They are part of planning. We have to be prepared to use them because that will likely be the only way in which a Warsaw Pact attack could be stopped.

“What can stop them?” 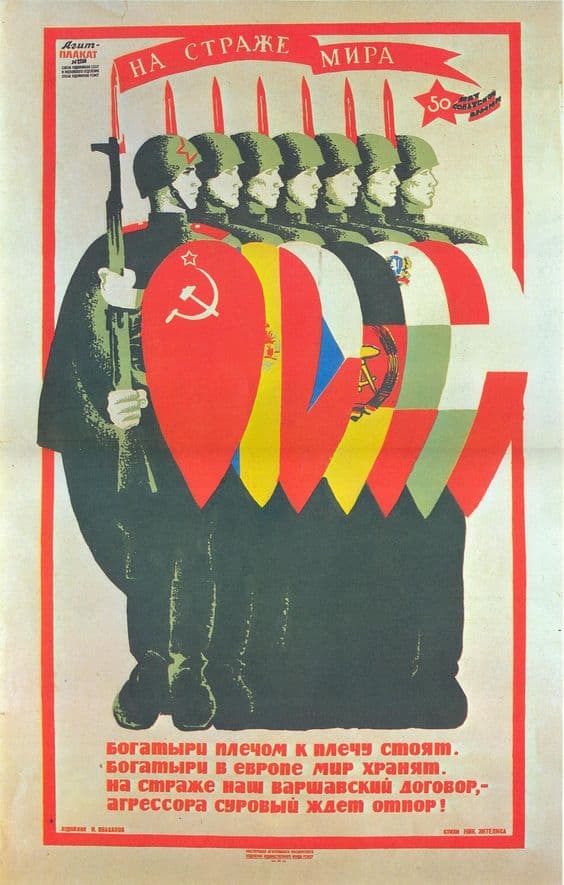 How Much of a Threat Were They?:

BEERS: I think the folks there gave the Russians more credit, gave the Warsaw Pact, no, mostly the Soviets, more credit for their capability than subsequently turned out to be the case. This predated the Gorbachev period, which was nearer to the end of the Soviet Union when it became clear that the Soviet general staff recognized that the technological backwardness of the Soviet military establishment was a serious vulnerability that they had. It was more simply they had this many troops. They have this many tanks. They have this many artillery pieces. What can stop them? Rather than asking more difficult questions on the Warsaw Pact allies which I think with the exception of the East Germans were treated as lesser capable forces. They certainly contributed to the overwhelming numerical superiority that Warsaw Pact conventional forces had then. I think that the sense of the capability of the Soviets and the Warsaw Pact was driven predominantly by the numbers. They just seemed overwhelming. Within NATO, all of the militaries, and this is more true in Western Europe than it was in the United States, were fighting for their share of resources within their own national budgets. These countries had large social programs then and still do that they needed to fund. One of the common themes of American political military diplomacy at that time was everybody [in NATO] should be spending I think it was 3% of their GNP or 3% of their national budgets, I don’t remember which it was, on the military. A lot of countries weren’t reaching that level and there was always a concern that this made them less effective and made the task of defending Europe from the Soviets more difficult.