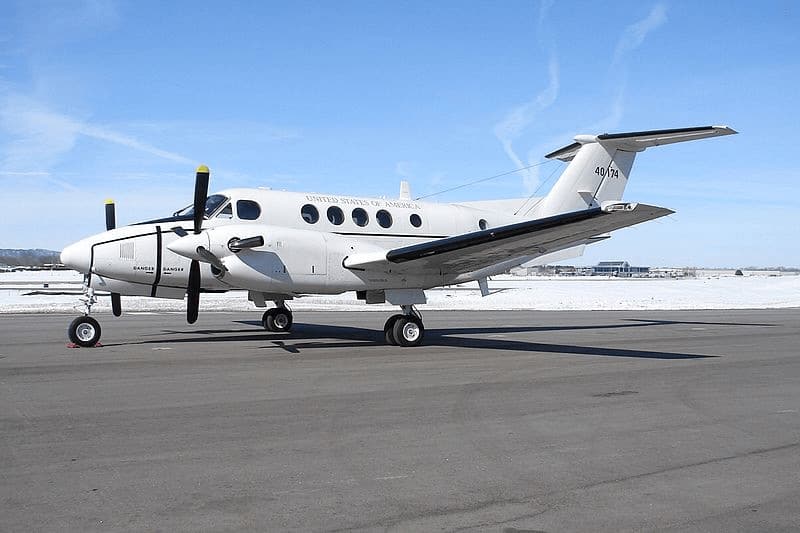 Towards the end of his posting in Honduras, Ambassador Frank Almaguer received multiple requests from other countries’ ambassadors for transportation to an event in what they deemed the “safer” method of flight—a U.S. military C-12 aircraft. Due to a lack of room, Ambassador Almaguer turned down the requests. Little did he know his plane would have to perform an emergency “controlled crash” landing.

As Ambassador Almaguer and the seven other Americans on the plane made their descent, groups of people on the tarmac began to wave at them frantically, warning them not to land. What would they do? Would everything turn out okay? In his oral history, Almaguer recounts those tense moments in the air. Read his recollection from the ground in the excerpts below.

“Most of the other ambassadors wanted to go but feared that the helicopter transport being provided by the Honduran Air Force was not safe.” 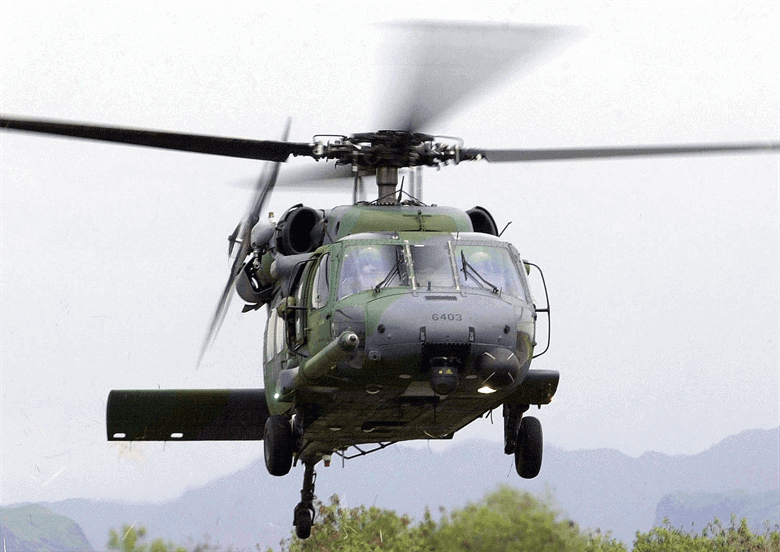 The Legacy of Christopher Columbus: This period between July and September also saw one of our most exciting (or perhaps scariest) moments in our Foreign Service experience. Christopher Columbus sailed to the Americas four times and it was only in his last voyage (in 1502) that he stepped on the American mainland. He and his party allegedly landed in what is now Trujillo in the North Coast of Honduras on a Sunday in August. He had among his crew a priest and when the party came ashore, the priest said Mass. This episode is celebrated by the Catholic Church as the first mass ever said in the mainland of the Americas. It also coincided with the naming of Honduras. The bay in which they landed is quite deep and it is said that Columbus was impressed by its “honduras,” or “depth” in Spanish. The Honduras name stuck. This 500th anniversary was a big event, with all of the presidents of Central America participating, along with all of the cardinals and bishops of the region. The Vatican was represented by another group of VIPs. The diplomatic community was also invited. Most of the other ambassadors wanted to go but feared that the helicopter transport being provided by the Honduran Air Force was not safe. I received numerous calls from them asking me to include them in our transport. Unfortunately, I could not do that because SOUTHCOM did not have a Chinook available. Hence, we were limited to our six-seat C-12 piloted by our recently arrived naval attachés at the embassy. Those six seats were occupied by my wife and me, the newly-arrived DCM (Deputy Chief of Mission) and his wife, the USAID Mission Director, and one of my bodyguards. We took off on a beautiful day for a 45-minute ride to Trujillo.

“As the pilots approached the landing strip… they could see the crowd down below frantically motioning to us not to land.”

Recognizing the Danger: Trujillo itself is a small town with an inadequate airport with a short runway that was adjacent to a four-story hotel. As we approached the airport, we could see that the tarmac was not only full of small airplanes, but also mingling among them were dozens of arriving guests. As the pilots approached the landing strip everything looked normal to them. However, they could see the crowd down below frantically motioning to us not to land. Our pilot quickly pulled back and managed to clear the hotel for another try at landing. Again, nothing unusual was showing up in the gauges and they assumed that the crowd was simply alerting our pilots of people near the runway. However, on this second attempt, at a lower altitude, the signal from the crowd was even more incessant and this time we barely cleared the hotel rooftop. Further, the “stall” warning began its incessant beep. It was not clear that we had enough forward speed to maintain a normal flight sequence. That was one of the tensest moments that I could recall.

The pilots managed to regain full control of the aircraft and finally were able to diagnose the problem as a result of conversations with the control tower: our left wheel was not engaged in its proper locked position for landing. Any landing that we did would have to be at best a “controlled crash.” The pilots, who were visibly sweating, informed us that we would be returning to Tegucigalpa for an emergency landing there – not a comfortable thought! My wife was the first to suggest that we go to Soto Cano, with its far-safer approach, longer runway and well-trained American emergency personnel.

“I suppose that a dead ambassador would command some headlines.”

Circling and Landing: We circled the Soto Cano runway for what seemed like two hours as we burned fuel and the staff on the ground prepared for the crash landing. We could see fire engines, ambulances and personnel wearing “HAZMAT” (hazardous material) uniforms. Our group was remarkably silent and subdued. I guess we were all deep into our own thoughts. As the time came to land, the pilots advised us that we would fly very low and very slowly, that they would remove the emergency door panel to give us quicker egress once we were in the runway, and that they would turn off the two engines, allowing us to glide in. The biggest fear at this point was out-of-control spinning once the plane touched the ground and tipped to the left. It certainly was eerie to be coming for a landing with the silent engines and only the sound of the wind outside. The landing on the right wheel was very smooth, followed soon thereafter by the tilting of the plane to the left – but it did not spin! We were able to rush out in seconds to our waiting rescuers. All of us were physically sound. As I was rushing to the grassy area someone with a portable phone followed me. It was President Maduro to check on our status and to tell us that the mass had been postponed until the participants knew that we were safe and sound. We were glad that the mass would not be turned into a requiem for the victims! I also learned that the State Department Situation Room was following the story as it unfolded – I suppose that a dead ambassador would command some headlines. I was honored to hear that Secretary Powell was following developments and send us his best wishes after he was informed that we were safe and sound.

“We were offered to return to Tegucigalpa either by an Army vehicle or a helicopter. I chose the helicopter.”

Take Two: After a late lunch at Soto Cano, some commissary shopping and some rest, we were offered to return to Tegucigalpa either by an Army vehicle or a helicopter. I chose the helicopter to help us overcome the impact of the events of that day. I did not want to be shy about flying again. We arrived in Tegucigalpa safe and sound. (Sadly, we learned soon after our departure from Honduras that those helicopter pilots were killed in a training exercise.) When we arrived home, the Honduran Cardinal (Oscar Andres Rodriguez Maradiaga) called to share his and the Church’s happiness that we had survived the ordeal. Of course, the fellow diplomats to whom we had denied a ride in our “safer” plane could not help but crack jokes about it. It was quite a grand ending to a very exciting three years in Honduras.

The day we left for the U.S., I was touched by the fact that not only the Country Team was there at the airport to wish us well, but also the Cardinal and several Government Ministers, who broke protocol in doing so.