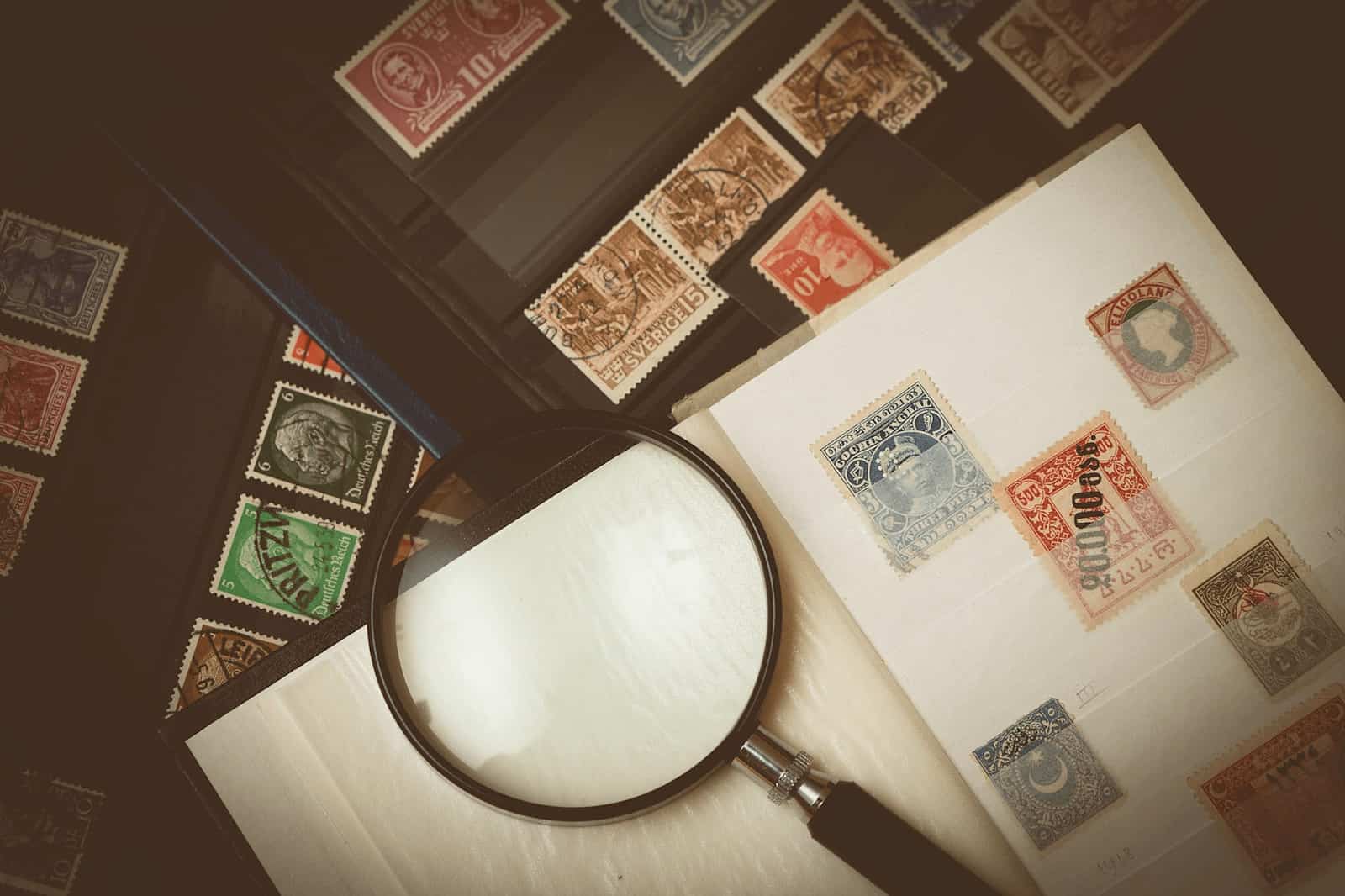 In 1989, French counterintelligence agents watched Felix Bloch as he dined in Paris with known Soviet spy “Pierre Bart.” Bloch placed a black bag under the table, which he left behind as he exited the restaurant. Felix Bloch, former Chargé d’Affaires at the U.S. Embassy in Vienna, was one of the highest ranking Foreign Service Officers ever to be suspected of espionage. He later claimed that the encounter was an innocent exchange of postage stamps between two fellow collectors. The contents of the black bag from the incident were never recovered, and it was therefore impossible to say whether any classified material had changed hands.

The FBI continued surveillance of Bloch while he worked in Berlin until a cryptically worded call from “Bart,” whose real name was Reino Gikman, indicated that the investigation had been blown. It was later revealed that Robert Hanssen, famously convicted spy within the FBI, had alerted the KGB to the investigation. U.S. officials confronted Bloch, but he vehemently denied he had engaged in espionage with a KGB agent and refused to cooperate further. Suddenly, the initially promising case against Bloch faltered without enough conclusive evidence to prove the allegations in court.

Investigations into Bloch’s past dug up shocking details about his life including encounters with a prostitute in Vienna. It was suspected that these activities played a part in Bloch’s recruitment as a Soviet spy. News of the accusations quickly leaked out in the U.S. and Bloch was publicly stigmatized and unrelentingly hounded by reporters.

In 1990, the State Department terminated Bloch’s employment and revoked his pension. Despite Bloch’s numerous suspicious actions, many of those that knew him in the Foreign Service doubted the veracity of the charges. Several aspects about the Bloch affair remain unresolved including the justice of Bloch’s children and wife’s continuing ostracization and financial difficulties. Peter Swiers, Donald Kursch, and Root William discuss the striking details of the case and their thoughts on the ultimate guilt of Felix Bloch.

“If in fact Bloch was an agent and was already an agent at the time he was in Berlin, this was a really, in my judgment, a major compromise of American security.” 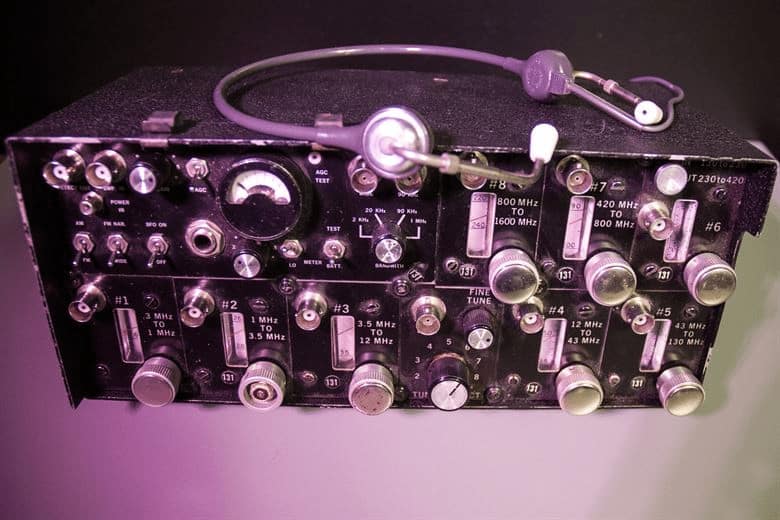 SWIERS: Felix Bloch was an American Foreign Service officer who has been accused but never convicted, of not formally spying for the Soviet Union, but having turned something over to the Soviets. The case came out when he in his last position in the Foreign Service as director of the office in the Department of State Bureau of European Affairs, responsible for the European Union – an office called EUR/RPE.

While the French were carrying out surveillance on a Soviet in Paris, he was observed with another person who left a briefcase or other document holder. The Soviet took the briefcase. Bloch has maintained to this day that it was stamps or something of that nature. But whatever the situation was, it was clear that while there was not sufficient evidence to bring him to a trial. There was sufficient evidence to allow then Secretary Baker to fire him on national security grounds. Bloch has not challenged that finding nor has he challenged the denial of his pension. He is living in North Carolina where he has been picked up for shoplifting a few times since then.

When I arrived in Berlin, Felix Bloch had already been in Berlin for a year or two in the economics section of the mission. Just after I arrived, he was transferred to the eastern affairs section as the economic officer in that section. . . .

Q: One of our concerns of course is was that some of our activities in the mission were not just straight diplomatic activities, and that meant it could compromise some of our programs – Berlin being an extremely sensitive place.

SWIERS: That is an understatement in terms of not only the sensitivity of the place and especially the sensitivity of the eastern affairs section. The personnel of the eastern affairs section possessed top security clearances because of the access to information which they had. If in fact Bloch was an agent and was already an agent at the time he was in Berlin, this was a really, in my judgment, a major compromise of American security. . . . Bloch ended up staying in West Berlin and East Berlin for a combined five years, I believe.

. . . Bloch was a very active part of the eastern affairs section at the time. I’ve often wondered whether or at what point it was determined that he became or is believed to have become a security risk. . . .

“The one I feel most sorry for is the wife and the daughters.”

Q: He was Austrian-born.

SWIERS: That is interesting because he always kept a certain aloofness; he was a brilliant tennis player as was his wife. We did not play tennis, so we didn’t see much of them. He was quite aloof. Most of us simply laughed at it or attributed it to the fact of his being Austrian. He was like a very old-worldly, stiff Austrian, very stiff in his manner, and you wonder today what that all meant. Did that cover up something?

The one I feel most sorry for is the wife and the daughters. The wife has since divorced him and I sincerely hope the State Department would frankly honor her claim that since she was a spouse under the old personnel system, that even though his pension is denied, she certainly is entitled to some part of it. It’s not quite the Spike Dubs analogy [U.S. Ambassador kidnapped and killed in Afghanistan], but nevertheless, this is a woman whose career might have been substantial otherwise if she hadn’t been following her husband around. We’ll see. Very, very sad.

“. . . the U.S. accusations against Bloch was not some frivolous activity on our behalf or an overzealous prosecution.” 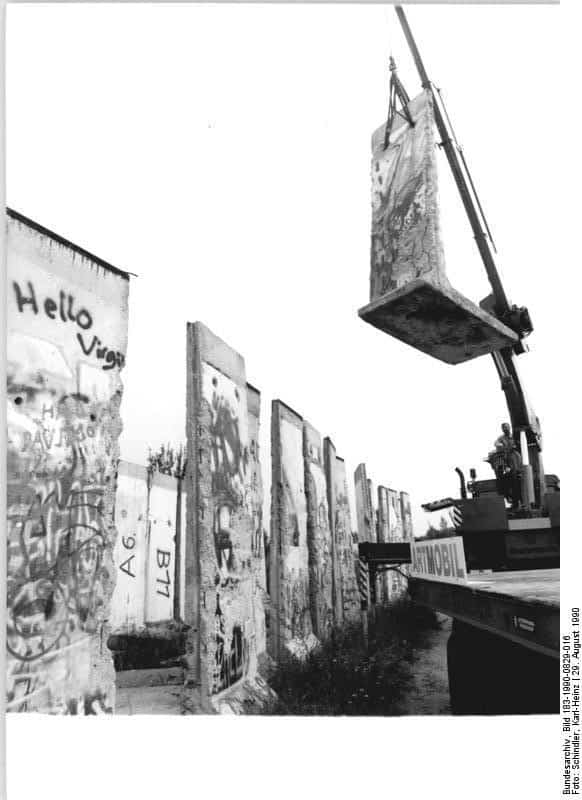 KURSCH: We had some issues with Austria. We had a couple of interesting issues, one of them involving a former colleague of ours who was trying to get his Austrian citizenship back. I was not eager to see that happen because of the actions he had committed.

Q: We’re talking about Felix Bloch. . . . What was the issue for you, in what you’re dealing with?

KURSCH: The issue was that the Austrians always saw Felix as a victim of zealous American prosecutions of things. I must say, myself, I don’t know of any other Foreign Service Officer who had actually been a traitor. So one of the things I wanted to do is point out to the Austrians that the U.S. accusations against Bloch was not some frivolous activity on our behalf or an overzealous prosecution. To actually prove his guilt in a court of law what he did would have been very difficult for us, but it was clear from the evidence that I had at my disposal that the circumstantial evidence was pretty damning. That this guy was, as I pointed out to Austrians, was doing the deeds he was accused of for many years, doing it in your country, and apparently doing it for money.

Q: What would have happened if he had been given his Austrian citizenship? He was born in Austria.

KURSCH: Yes. He left when he was two years old, and because he was a person who left because of the Holocaust, he would have been given some kind of a state pension from them. But there was a stipulation in Austrian law that such applications could be denied if it were against the fundamental interests of the country. This was a provision that was not frequently used and that needed a determination at very, very high levels. On the Austrian side, there was a sense among the diplomats I dealt with that, “Gee, if this went to court, we don’t see how we could uphold this.” But it was brought to the attention of the Chancellor of Austria at the time, and although I don’t know exactly what happened, but I do know he never got his citizenship.

“So they asked me whether it was possible that maybe he was working for the CIA and that the FBI and the CIA weren’t talking to each other.” 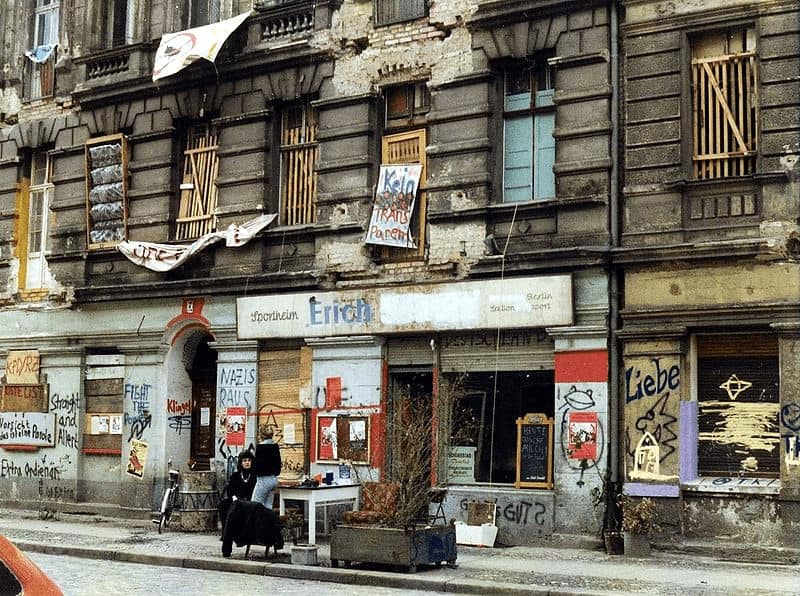 ROOT: Well, interestingly enough, Felix Bloch worked for me. . . . Felix Bloch was a commercial officer on my staff. Several years later it was alleged that he had passed secrets to the KGB.

Q: This was when he was in Vienna I guess or Paris.

ROOT: It was in Paris. He had served in Vienna. Two members of the fourth estate contacted me, one newspaper reporter and one television reporter. They had both figured out that I was his boss in West Berlin. So they asked me, “Was he a spy?” I said, “No, not to my knowledge. His particular job as commercial officer had less to do with the East than anything else in the Berlin mission. He later went on, when he wasn’t working for me, to the eastern affairs division which did have reason to contact the East Germans.

Both of these gentlemen called me a second time six months later. Each had read a book which alleged that hundreds of people, including Bloch, worked for the CIA. The reporters were sophisticated enough not to take that at face value. So they asked me whether it was possible that maybe he was working for the CIA and that the FBI and the CIA weren’t talking to each other. I said, “There are three kinds of people who work for the CIA: the ones that make no bones about it and are completely open about it; those whose cover is so thin that everybody knows but pretends they don’t; and others whose cover is so deep that nobody knows. He was not in either of the first two categories. If he is in the third category, I would have no way of knowing.” So I wasn’t very much help to them.

But what surprised me is that, although these reporters contacted me, I was never asked this or any other question by anyone in the U.S. Government – the diplomatic security people at State or the FBI or anyone else. He was denied his pension even though he was never charged with, let alone convicted of, any criminal act. I have attempted to help him get his pension restored.

Q: It is one of these things that is in limbo and is curious. Allegations were made that are serious and seemed to be somewhat substantiated. He didn’t challenge them; he didn’t confess, so nothing happened except I guess he was discharged, and pension was taken away, and he could have challenged that.

ROOT: When he resigned in July of ’90, he thought he was going to get his pension. Then the Department took it away. He filed countless grievances and then took it to the court. It is still not resolved.

Q: While you were in Berlin was there not considerable spying activity?

ROOT: We, of course, had our own CIA people. And the Eastern Affairs Division in the mission in West Berlin was doing its best to figure out what was happening in the GDR. These were normal activities. As for cloak and dagger stuff, there probably was some of that going on, but not to my knowledge.