Your browser (Internet Explorer 7 or lower) is out of date. It has known security flaws and may not display all features of this and other websites. Learn how to update your browser.

Combating Terrorism in Iraq and Syria: Stephen Kontos and the Counter-ISIS Coalition

In the midst of war, terrorism, and instability, Stephen Kontos was tasked with uniting a coalition to combat one of the Middle East’s greatest terrorist threats—The Islamic State in Iraq and Syria [ISIS]. Through their work, Kontos and his team turned a cramped conference room of a dozen people into a dedicated coalition of over […]

A vice presidential visit is a major diplomatic event. These visits can either be part of a crisis management strategy, or be used to cement diplomatic relations with countries that have just begun to gain prominence on the international stage. During his years as vice president, now-President Joe Biden traveled to many countries, making an […]

Finding Resilience in the Bombing of the Al Rasheed: Beth Payne in Iraq

Life in the Foreign Service extends far beyond the office, following its officers into all realms of existence abroad, at times for the worse. In 2003, after a military invasion, the United States had just begun its occupation of Iraq. A betrayal by Iraqi dissident Ahmed Chalabi thwarted U.S. efforts to set up an Iraqi […] 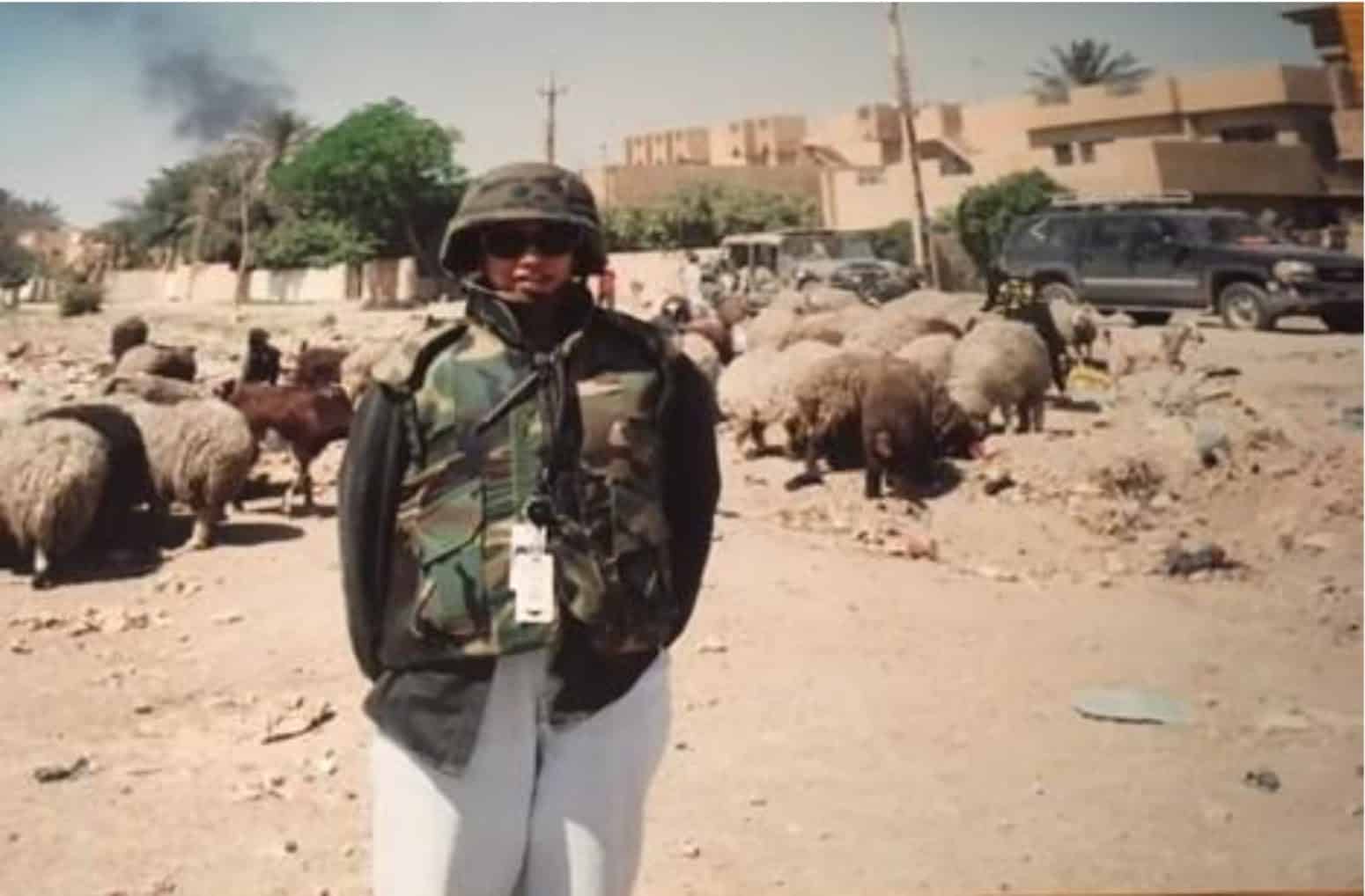 Do You Hear the People Sing?—Democratic Promotion in Haiti, Mozambique, and Iraq

E Pluribus Unum. The average American will unwittingly encounter these very words on a daily basis and hardly give them a second thought. But this is not some meaningless Latin phrase that we simply plaster all over our currency for no reason. In fact, it provides an exemplary representation of the American democratic ideal: an […] 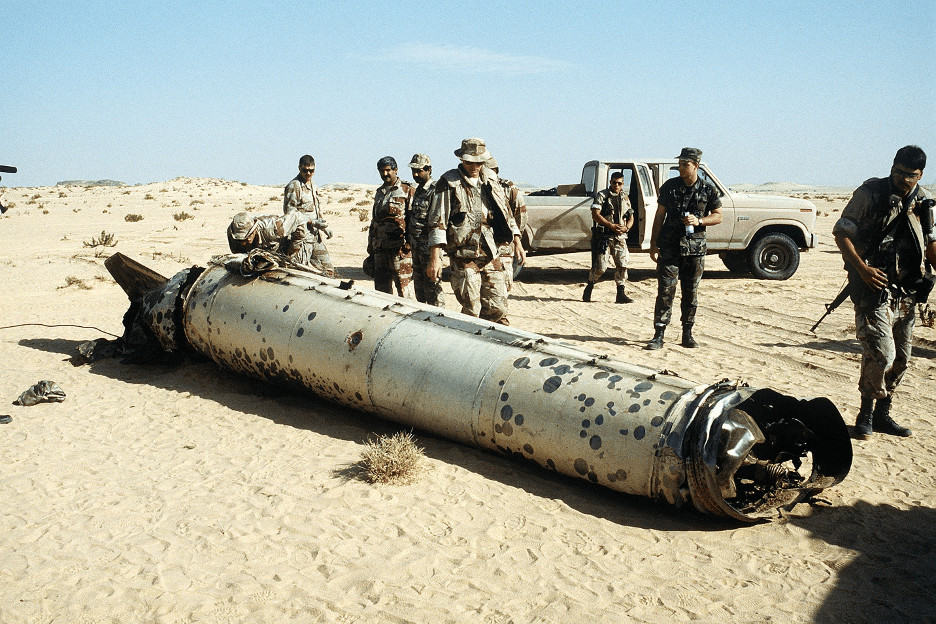 Following the 1990–1991 Gulf War, the United Nations wanted to prevent any further aggression, and feared that Iraq had developed nuclear weapons of mass destruction. The rest of the world could only imagine the level of mass destruction and carnage that would result if Iraq decided to use such weapons. As a result, the United […]

Would you be willing to hire a potential foreign intelligence agent if it meant direct access to an antagonistic, elusive foreign government? During his time in Baghdad in the 1970s, Allen Keiswetter had to make this crucial decision. After the Six Day War, Iraq severed diplomatic ties with the United States. Keiswetter and other members […]

Duty and Danger: An American Diplomat’s Service in Iraq on the Eve of 1991 Gulf War

American diplomat Stephen Thibeault watched as an airplane departed Iraq in 1990, carrying Rev. Jesse Jackson and American hostages liberated in the tense days following Iraq’s invasion of Kuwait — and before the U.S. launched Operation Desert Storm, the United Nations campaign that ultimately routed Saddam Hussein’s forces.  Thibeault was tempted to fly away with […]

In January 2003, the U. S. Government established the Office of Reconstruction and Humanitarian Assistance (ORHA) to act as a caretaker administration and begin to rebuild Iraq. Coalition forces from the U.S., UK, Australia and Poland invaded Iraq two months later, launching Operation Iraqi Freedom. The initial phase, with major combat operations, lasted from March […]

Wait ‘til the Winter: Iran, Iraq and the Kurdish Rebellion

Iraqi Kurds are scheduled to hold a referendum on independence in September, 2017. The Kurdistan region of about five million people already has a great deal of autonomy, with its own parliament and armed forces, but relations with the central Iraqi government have become increasingly strained in recent years. This latest development tracks with a […]

A Day of Mixed Messages over Iraq’s Invasion of Kuwait

In 1991, the U.S. led a coalition of over 30 nations to force Iraqi troops out of Kuwait after Saddam Hussein ordered the invasion and annexation of the small oil-rich country. Although the invasion caught many throughout the world by surprise, those who had worked in the Middle East had been seeing tensions rise for […]

Capturing, preserving, and sharing the experiences of America's diplomats.

July 5: #OnThisDay in 1973 General Juvénal Habyarimana became president of Rwanda in a military coup d'état. Read from the ADST archives about first-hand experiences from the point of view of U.S. diplomats in Rwanda following his death.
https://bit.ly/3y4xXp5

July 4 celebrations in the United States generally include BBQ, friends, and fireworks but have you ever wondered what a July 4 party overseas might entail? Read about the plotting and intrigue that took place at this party the day before a coup! Click:
https://bit.ly/3OR80jQ

July 2: #OnThisDay, the Civil Rights Act of 1964 was signed into law by President Lyndon B. Johnson. On this pivotal day in history, we want to celebrate the accomplishments of America’s ambassadors of African descent. Learn more about their stories: https://bit.ly/3Na1pzE